This is incredibly disappointing – and concerning.

An Auckland doctor has been stood down after a complaint about his posts on the Whaleoil blog.

Jim McVeagh, who works at Westgate Medical Centre, said he was behind the online profile “MacDoctor”.

remain anonymous, complained to the Royal New Zealand College of Urgent Care. He said McVeagh, as MacDoctor, was making comments in a public form that were inappropriate for a medical professional.Another doctor who wanted to

He said McVeagh’s patients should know that he held such views, particularly if they were from the groups concerned. “I think it’s unacceptable as a medical practitioner to be writing these sorts of things, then going to see these patients.”

Westgate Medical Centre said McVeagh had been stood down while an investigation was conducted.

And his views are? 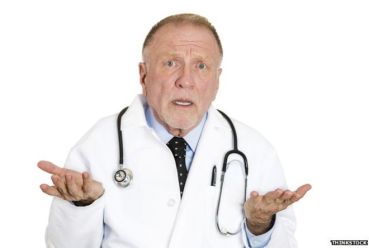 McVeagh had made comments on Whaleoil including suggesting homosexual people had usually been abused and that transgenderism was driven by a political agenda. He joked about Norway giving refugee status to cannibals.

“The … posts are general observations from my practice and reflect my experience. I treat my gay and transsexual patients with empathy and respect but I hold no love for people who use them to drive their own agendas…My opinions are mine and do not represent my place of work in any way, of course.”

I’ve met Jim, he’s a great guy, very sensible and a doctor of many decades of experience. His blog was always a worth-while read.

But only people with the right opinions, even opinions formed through years of observation, can be allowed in NZ society it seems.